How to Delay Your Period

How to Delay Your Period 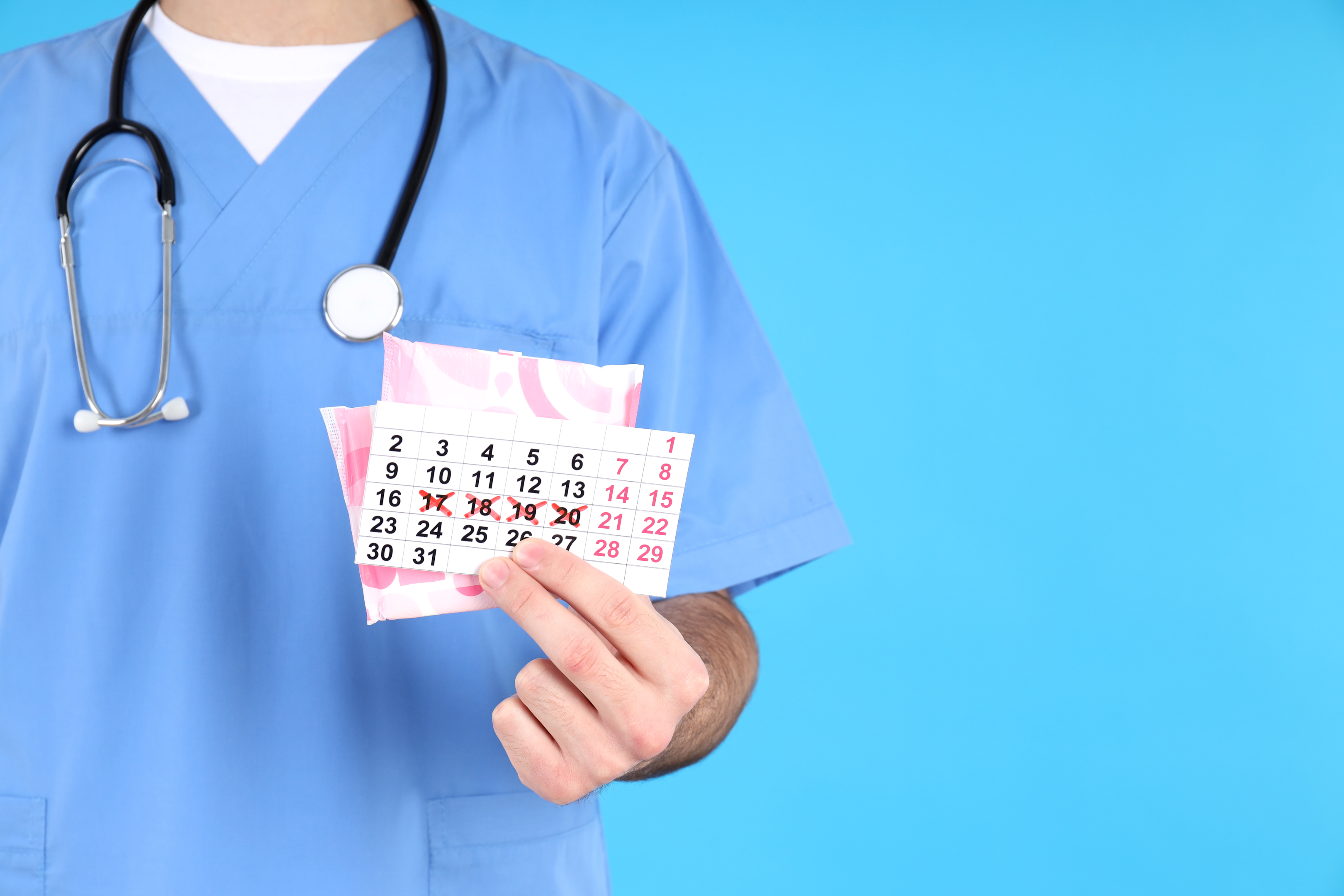 The menstrual period or menstruation is the natural process in which a woman's body sheds the uterus lining and unfertilized egg as a part of her monthly menstrual cycle. It usually is triggered by fluctuating levels of the hormones progesterone and oestrogen.

Women generally start having a menstrual cycle, called menarche, around the ages of 11 and 14. The cycle continues until menopause at around age 51, usually lasting from three to five days. Aside from bleeding from the vagina, women may also experience:

Contrary to popular belief, not having periods does not result in a "backlog" and is not necessary to "cleanse the body." Aside from the previously stated signs, menstruation can exacerbate incapacitating physical or mental health problems such as endometriosis and depression; it can also cause distress and issues for those who have gender dysphoria.

Alongside being physically and mentally taxing, menstruation also entails several inconveniences that some might wish to avoid at certain times of their lives. This is why period delay medication was created.

These period delay medicines are utilised for several reasons but they are largely used to ensure that a period does not fall during a specific event, such as a formal occasion or holiday. These medications work to stop the bleeding and also the side effects that occur during the bleeding days as well as during pre and post-menstruation. This then means that people to continue on with their daily lives unencumbered by bothersome symptoms.

Periods can naturally be delayed by too much stress. In order to trigger both an ovulation and a period, certain levels and patterns of hormones have to be attained. Once stress gets in the way, a messed-up cycle occurs. Stress increases cortisol levels and disrupts blood sugar, interfering with your ovulation and period. In turn, the stress hormone cortisol blocks progesterone production, causing progesterone levels to drop. Today, science keeps progressing and addressing the issues faced by humans. The development of modern hormonal birth control or contraceptives has made it possible to stop or delay menstruation, medically termed "menstrual suppression." Read on to find out how to delay your period and if it's suitable for you.

Delaying your period with hormonal contraceptives

Scientists devised conventional contraceptive practices such as oestrogen-progestin pills, birth control patch, and vaginal rings to mimic the natural cycle of menstruation. A typical pill pack consists of four weeks of birth control pills in which only the first three weeks have hormones that actively stop fertility; the pills for the fourth week are inactive. The body will response to this suppression of hormones. Bleeding may happen during the week when the inactive pills are taken, known as withdrawal bleeding. Withdrawal bleeding is neither a regular period nor essential for health. This is noteworthy for those who use birth control and want to achieve lesser periods, either for personal or medical reasons.

There are two universal ways to use hormonal contraceptives to lessen the number of menstrual periods.

Which types of hormonal birth control are effective in delaying periods?

A woman may use various hormonal contraception to lower the frequency of her menstrual periods. Her overall health, preferences, and goals - whether for fewer periods or as short- or long-term birth control, will dictate the best method for her. She may want to visit her doctor to discuss the following choices.

Long-term or continuous use of combined oral contraceptives pills (oestrogen and progestogen) can delay or prevent menstruation. A doctor can recommend the most suitable pill schedule; the inactive pills are usually skipped in the pill package, and a new package can be started immediately. However, various contraceptives are specifically devised to lengthen the interval between periods. Some of these medications include:

Depot medroxyprogesterone acetate (DMPA) is a variety of progestin that is received via injection every three months. It is a long-term contraceptive that reduces or stops monthly bleeding. According to reports, 50% to 75% of women get no periods after a year of DMPA injections. More prolonged usage of DMPA translates to more chances that it can stop periods. 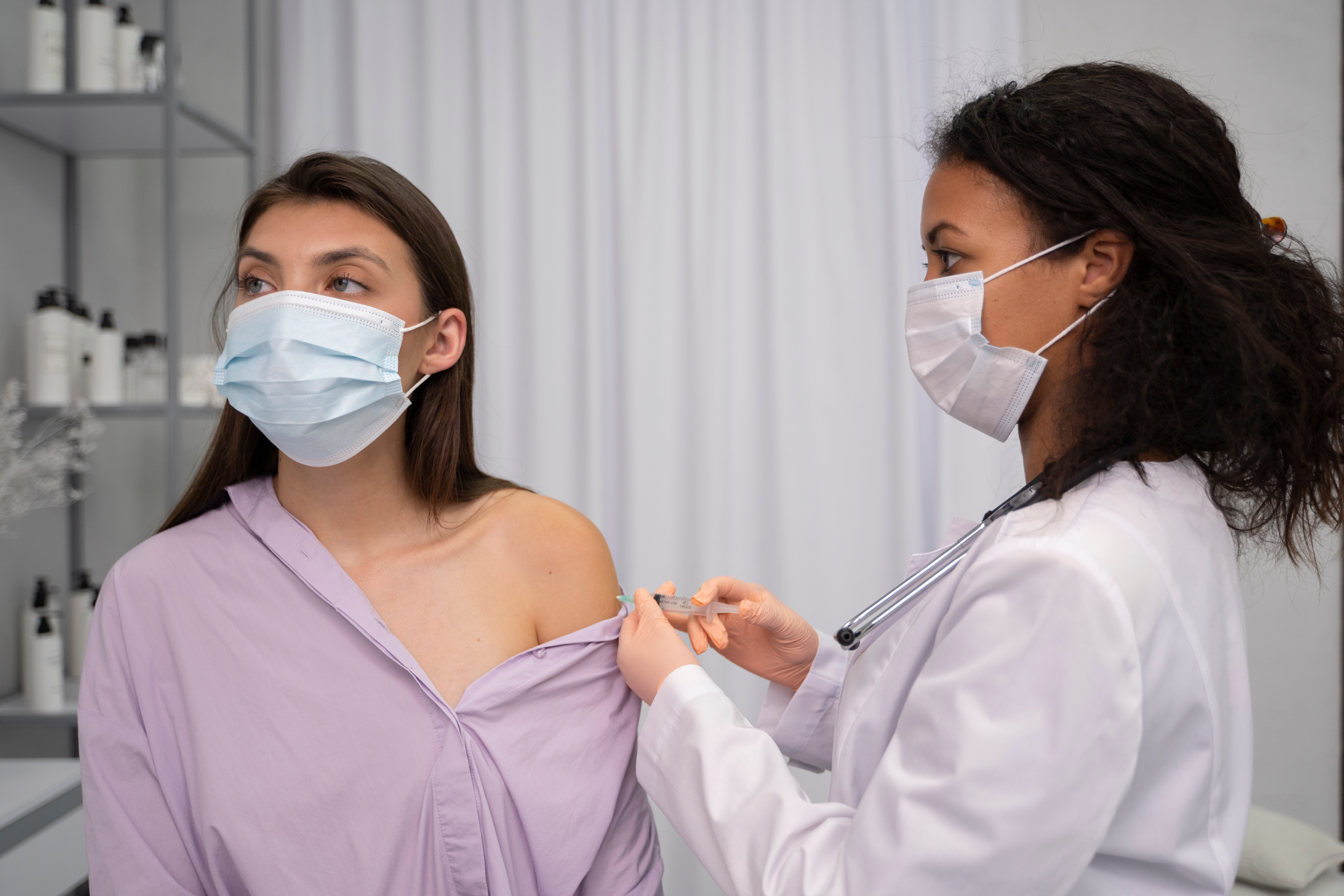 An intrauterine device (IUD) is a form of long-term contraceptive. A type of progestin is continuously released into your body once the device is inserted (by a doctor) into your uterus. The progestin released can stay in place for five years. Hormonal IUDs are available in a variety of doses. All hormonal IUDs lower the frequency and duration of menstrual bleeding over time. However, a higher dose IUD (52 mg of levonorgestrel) is reported to be more effective at entirely stopping periods.

What are the advantages of delaying the period?

Delaying a woman's period can help her manage menstrual symptoms, especially those that are severe and barely tolerable. With a delayed period, women can get rid of the following:

Additionally, women often describe their menstrual bleeding as simply inconvenient. They usually delay their period until after a big event such as a wedding, honeymoon, vacation, and even exams and sports events.

Is delaying menstruation safe and effective for all women?

Using a contraceptive in delaying your period is as safe and effective as using it on a 28-day cycle. A woman can delay her menstrual period depending on her preferred length. However, side effects may arise as a result of delaying one's period.

The most usual side effect of menstrual suppression is breakthrough bleeding, referring to the small amount of unexpected bleeding. It commonly appears in the first few months of skipping the period as a mechanism of assisting the body in adjusting to the hormones.

What can you do when having breakthrough bleeding?

Breakthrough bleeding typically diminishes over time. But in the meantime, a woman experiencing it can do the following.

Are there health risks of delaying your period?

Long-term use of the Depo-Provera injection also has some potential risks. Years of using the injection can lead to loss of bone minerals, increasing the risk of fractures or osteoporosis; it is more likely to happen with more prolonged use of the injection. Although bone loss usually resolves with discontinued use, the results are not always wholly reversed. Talk to your healthcare provider about its safety if you’re using Depo-Provera to skip your periods.

Does delaying your period affect your fertility?

You don't have to worry about your fertility if you don't get your period with contraception. When you stop using contraception, your body restarts the menstruation cycle and you may be able to conceive. Most women can get pregnant within a year of stopping any type of hormonal birth control. The average time to return to previous fertility levels ranges from three to six menstruation cycles.

What are natural ways to delay periods?

No scientific bases and evidence support the claims that natural remedies, like consuming gram lentils, apple cider vinegar, lemon juice, and gelatine, can delay your period. For those against hormonal methods, using a menstrual cup may be a possible substitute. Though it does not delay a period, it prevents leaks without using sanitary pads or tampons. A menstrual cup fits over your cervix and collects the menstrual blood, allowing you to participate in various daily activities without changing feminine products frequently.

As previously mentioned, being under a lot of stress or participating in extreme sports and exercises can delay the period. It often happens under uncontrollable circumstances. Physical or emotional stress causes the body to release cortisol. This hormone is responsible for your period becoming lighter, less frequent, or not coming at all.

For some people, having monthly periods disrupts daily activities. But the good news is that you may be able to choose when you have your period. Delaying your period is also a safe and effective way to treat certain medical conditions and prevent pregnancy. Or it may also be a matter of preference and convenience. Talk with your healthcare provider to see if skipping your periods may be an option for you.

For further readings on how to delay your period naturally or by other means, you can always click here.

General Health
Can gallstones make you tired and dizzy?

Women's Health
Is Spotting Before Your Period Bad?

Women's Health
Why Do I Have Period Pain but no Period?

Women's Health
Why Am I Not Ovulating But Having Periods

Women's Health
What are the phases of the menstrual cycle?

Women's Health
What are menopause supplements?

Women's Health
Why do I have severe period pain on the first day?

Women's Health
What is a Period Cup?

Women's Health
How To Make Your Period Come Faster?

Women's Health
How do I know when my period will come?

Women's Health
Can I do pelvic floor exercises during pregnancy?

Women's Health
7 Reasons Why You Have Ovulation Pain

Women's Health
Why Are Iron Supplements Important For Women?

Women's Health
When to take the morning-after pill?

Women's Health
What are the 34 symptoms of Menopause?

Women's Health
How to get rid of Thrush quickly?